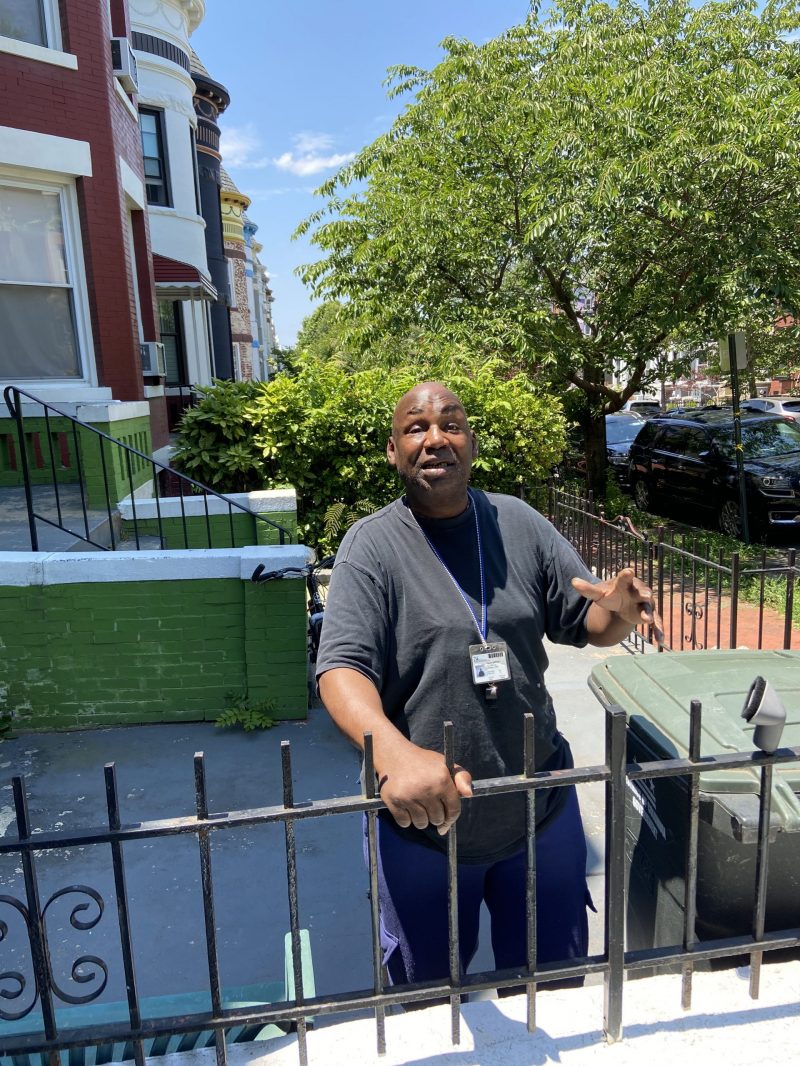 What follows is a story shared with us by one of our residents at Lamont Homes: Phillip Johnson

When Phillip Johnson was a young man he committed to memory the wisdom of his grandmother: “You know what Phillip Johnson, look, listen, and pay attention. Because once you get yourself spiritualized, your ears and eyes will be your guide.”

Later in life, after twelve years of sobriety, and when the temptation to drink one more time stirred in him, his grandmother’s wisdom came to his aid once more. He told her he was going to drink just one more time, to which she replied: “Phillip Johnson, don’t say one more time, because the one more time could be your last time. Let the last time be your last time, and take it one day at a time. You could make a bad decision in thirty seconds that it could take you thirty years to get out of.”

Again, he took her advice to heart, and it has served him well ever since. The story leading up to the wise words that kept him clean, however, is uncanny.

Awhile back, on Martin Luther King and Portland Street, before they made it Malcolm X, Phillip was resolved to have one more drink. It was a hot summer day, and on his way to the store, he kept seeing his grandmother’s address everywhere he went. He saw it on a taxi cab. He saw it on a car. He saw it on a billboard. Eventually he said to himself, “if I see this number one more time, I’m going to play it on the lottery, I’m going to stop drinking, and I’m going to turn my life around today.” Sure enough, just as he was going into Popeye’s for lunch, the truck of the man that was changing the signage of Portland Street to Malcolm X had the numbers 1356 on its license – the same numbers of Phillip’s grandmother’s address.

“Hold up,” Phillip said to himself, “I’ve seen that number five times today. I said if I saw it one more time I’m going to play it.” And boy did he. Phillip played the numbers 1356 for the lottery minutes later. In the instant that Phillip resolved to change is life for the better, he fell into his first stroke of luck: his numbers served him fantastically – he had won $30,000.

But just as he was tested with his temptation for another drink, he would be tested again all too soon as he left the convenience store. He wasn’t sure at first if they were following him, but he was wary of group of guys that were keeping their eyes on him after he left the store. Unfortunately, he was right to be, and was robbed in a nearby alley only minutes after coming by his winning lottery ticket.

Phillip says he didn’t mind being robbed. Indeed, he observed sagely that though money comes and goes, there is only one life. Phillip says is his recounting: “I told the guys: ‘here man you can have the money, just don’t shoot me,’” because he had seen bullets in the gun. They didn’t shoot him, but they did knock him out and rob him. He awoke in the hospital 7 days later. “To show you how good God is,” says Phillip, “when I left the hospital 7 days later, I was approached by a woman in the community. When I asked what she wanted with me, she told me that she witnessed the attack, and that she was going to help me seek justice.” It turns out a neighbor had witnessed the robbery and immediately called the police. With her help, Phillip was able to get justice for the attack on his life, and it was that day, he says, that he turned his life around.

Phillip left St. Elizabeth’s and resolved he would never again go backward in life: only forward. He told his case manager that he wanted to look in the newspaper to see what was going on – what he could do to improve his life. In the paper he found a listing from Community Connections, a local organization that provides an array of services to people similarly situated to Phillip. He signed up for a program with Community Connections, and it was through that program that Philip found a pathway to Lamont Homes, where he now lives.

“I used my ears and eyes, just like my grandmother said. She said once I get myself spiritualized in Church and let God have me; once I get out of my own way and let Him lead the way, you will be able to see and hear and be around people that will try to help you, because they’ll know you are trying to help yourself.”

Phillip now lives in a rowhouse on U Street NW, DC. He takes classes and attends Church locally. He is well known by neighbors near and far for his landscaping services. Some people know him as the “bicycle man,” because he rides his bicycle all around the city. Others know him as “handyman,” because he is adept and landscaping and other handywork. But all those who know him, tend to like him, for the values imbued in him by his grandmother. She taught him to share the love; to be kind to others, even when they are unkind to you. Phillip may not have had the easiest life, but he leads one with purpose and peace. And what’s more, he has won the lottery twice in one lifetime.

The second time was when he won a $30,000 scratch-off, which he lost, but gained something more important in the process: an opportunity to restart his life on the right path. The first time he won the lottery, of course, was having the grandmother that he did, who has been his guiding light for his entire life. We like to think that his finding Lamont Homes through Community Connections was a stroke of luck, too, and we work every day to try to be that blessing for Phillip, and for all of our residents