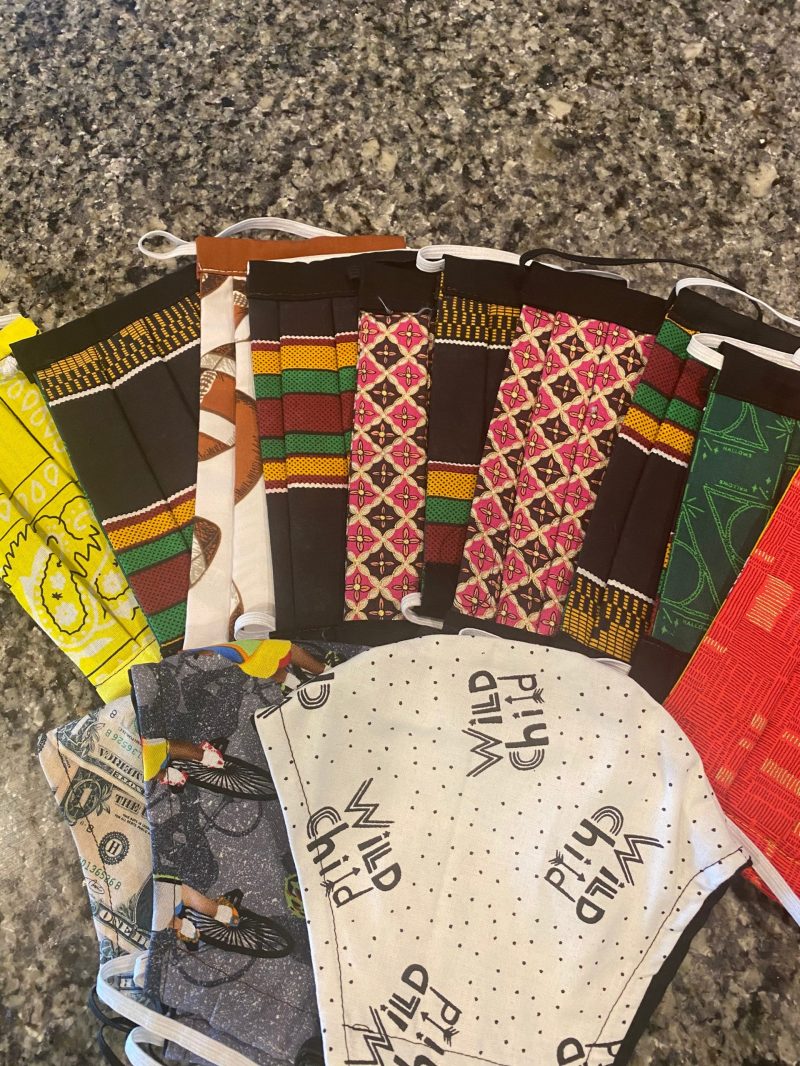 “The world as we know it is falling apart at the seams, because it’s an inadequate container for the truth of who we are.” This is a quote from Marianne Williamson, an American author and activist. Though this quote is nearly a decade old, it could hardly ring more true than it does today, amidst looming crises in both health and racial equity. Luckily for Marianne – luckily for all of us – there will always be those that know who to stitch the seams back together. Today, for us, that person was Sylvia Coles.

Sylvia has been mending seams for over eighty years. She is a seamstress. She loves sewing, and her works are beautiful. She grew up in a family of ten: eight girls and two boys. On rare occasions when her mother had money, she would take her children to a local feed store called Gleason’s. There the children were allowed to pick out which feed bags they liked, because the bags themselves had beautiful flowers on them. Her mother, a master seamstress herself, would take the bags after their stores were emptied, and convert them into clothes using a threading sewing machine with a foot pedal.

That was how Sylvia first learned to use a sewing machine; whenever she could get her hands on a spare piece of fabric, would take it to make clothing for her dolls. It wasn’t until a home-economics class in 8th grade at Burley high school that Sylvia was introduced to the electric sewing machine. Burley was the only segregated high school for blacks in Charlottesville until 1967; for context, her eldest daughter was born in 1962.

The electric sewing machine blew her away. After learning how to use the electric sewing machine, she began making clothes for real people – her classmates. After graduating school she was hired as a seamstress to make clothing for national brands such as Saks 5th Avenue, Lord & Taylor, Neiman Marcus, Macy’s, and Glamour Magazine. When she had her three daughters, she made all of their clothes, too: from their swaddling clothes to their wedding dresses.

Fast forward to Quarantine, 2020. Many of the retails brands that Sylvia used to sew for are struggling to survive COVID-19, but Sylvia is thriving. All of a sudden, we all needed her talent more than ever.

When the quarantine began, different people in Charlottesville were making masks for the community. But when she heard that some were charging as much as $8 a mask, Sylvia insisted that she would make some masks that she could give to people for free. She embarked upon this generous mission because she knew so many had lost jobs throughout the pandemic. Plus, since masks were now required in Virginia when going into public settings, she was happy to help those in need by giving them away. She started out with bandanas, because her husband, William, liked them, and then moved on to making the white masks familiar to doctors’ offices. From there her creativity blossomed, and she began making masks of all colors and patterns.

She had already been producing many masks to donate to the Charlottesville-Albemarle Rescue Squad when her daughter, Kelly, informed her of an organization in Washington D.C. run by an old friend – Arnida Lamont (Arnida’s grandchildren are Sylvia’s nieces and nephew) – that supported people in need. Again, she jumped at the opportunity to help, and sent Lamont Homes a number of lovely, reusable masks to support its staff and clients. Sylvia Coles and Arnida Lamont have much in common. They are both strong, black women born of the Silent Generation – so called because they were born during a time of war and economic depression. Even still, they both not only survived, but advanced to live long lives full of love, service, and significance. They are both mothers and grandmothers. And they both know what it takes, and do what they can, to sew together a world that often feels like it is tearing apart at the seams.